Philadelphia real estate investor and developer Post Brothers has nabbed a $165 million debt package from French investment bank Société Générale (SocGen) and an unnamed mezzanine lender to refinance The Atlantic , a 22-story residential high-rise in Downtown Philadelphia, Commercial Observer has learned.  SocGen contributed a $125 million senior loan — more than half of which will be securitized as part of the roughly $793.8 million BBCMS 2021-C9 conduit commercial mortgage-backed securities (CMBS) transaction — that carries a 10-year term and pays interest at a rate of 3.46 percent, according to Fitch Ratings ’ analysis of the deal. Post Brothers also nabbed $40 million in subordinate debt from an undisclosed mezzanine lender to fill out the stack.

The proceeds of the package were utilized to retire $160 million in existing debt and fund a $1.7 million debt service coverage reserve and closing costs, per Fitch.  Post Brothers, which was founded in 2006 by brothers Matt and Mike Pestronk and currently focuses on acquiring and developing luxury rentals in their home city of Philadelphia, has around $51.8 million in equity left in the property, and its total cost basis sits at nearly $217 million, per Fitch. The Pestronks were not able to comment prior to publication.  The Atlantic, a former office building, is located at 1401 Spruce Street , off major thruway South Broad Street in the area’s Center City West neighborhood, just a half-mile south of Philadelphia City Hall .

There’s a Philadelphia metro train station next to the property, which is within walking distance to other transit outlets and a range of food and beverage, shopping and leisure offerings, as well as the Thomas Jefferson University Hospital .  Post Brothers bought the property in 2012, and then spent a little over $174 million to gut renovate and redevelop it into luxury multifamily, which was officially completed in March 2020, when its final 24 units were delivered to market. Billionaire investor Bill Ackman ’s Pershing Square Capital Management holds 75 percent equity in the property through “indirect interests,” according to information from Fitch.  The developer’s construction saw the addition of a sizable and expansive rooftop outdoor recreation and lounge area, with a salon, an infinity pool, a hot tub, grilling areas, a 30-person outdoor dining area and a dog park, among other features, as per the property’s website. The development also sports a fitness club, a spa, a children’s day care center and a parking garage with 135 spaces. 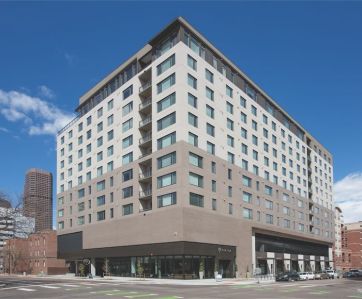 Individual residences feature stainless steel appliances, quartz countertops and they have wood flooring, high ceilings, walk-in closets, sliding glass shower doors, and mounted iPads that control all lighting and utilities, per the property’s website and information from Fitch via its inspection of the property’s interiors this month. The Atlantic’s 268 units were about 84 percent occupied at the time the final stages of construction wrapped in March 2020, the month the pandemic gripped the county’s economy. Over the next several months, through August, its occupancy fell to a low of 75 percent, per Fitch, but the figure has climbed back to 78 percent as of last month.  Despite the drag on leasing numbers last year, no tenants have asked Post Brothers for a lease modification. Only one tenant missed rent, per Fitch, and that was in September 2020, but that tenant has been current on payments each month since then, through January.  A steakhouse called Steak 48 is located on two floors at the ground level of the property, having finished construction on its space last fall and opening last September — only to be forced to close two months later after the city banned indoor dining, per Fitch. 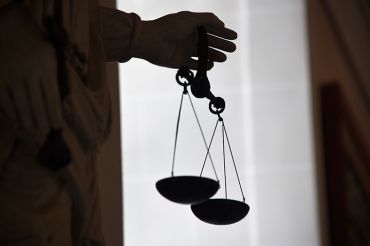 After the ban, Post Brothers struck a deal with the restaurant for it to pay 50 percent abated rent from January to March 2021, with any deferred rent set to be paid in equal installments over 12 months starting in April. Steak 48’s indoor dining operations have resumed, per Fitch’s inspection this month.  The property includes studio through four-bedrooms apartments, and monthly rents range from around $2,200 for studios to about $7,600 for three-bedrooms, according to information from Apartments.com. The Atlantic’s four-bedroom units are penthouses, the rents for which can sit at around $20,000 , per a report from Philadelphia Magazine.

Karabell's 10 fantasy baseball things to watch for in 2021

News Guides Here’s where you can...