The TAKE with Rick Klein

A 2024 rematch for the presidency may or may not happen. But President Joe Biden is signaling that he wants to make the 2022 election about former President Donald Trump – and about the movement he still leads.

On one level, Biden's speech Thursday night in Philadelphia narrowed his critique of Republicans. He ditched "semi-fascism"-type language to emphasize that, in his view, "not even the majority of Republicans are MAGA Republicans."

But by going squarely at Trump and his devoted followers, Biden is raising the stakes of the midterms in part by singling out voters he is all-but conceding won't have their minds changed. 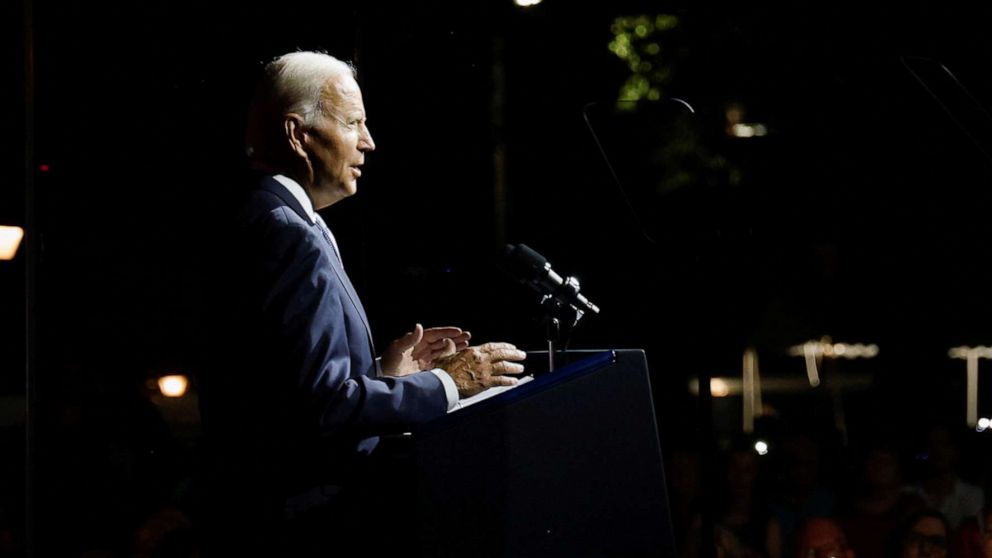 President Joe Biden delivers remarks on what he calls the "continued battle for the Soul of the Nation" in front of Independence Hall in Philadelphia, Sept. 1, 2022.

"MAGA Republicans have made their choice," the president said, in an ostensibly official – as opposed to political – speech, with a striking backdrop that included two Marines standing at attention. "They embrace anger. They thrive on chaos. They live not in the light of truth, but in the shadow of lies."

It's a stark message that is unlikely to be particularly attractive to Republicans – and that could make for an immediate turn-off for anyone looking for an excuse to oppose the party now in power in Washington.

It was also a message delivered by a president now on the political upswing, leading a party with actually realistic hopes of outperforming expectations in the midterms. Democrats may not love the idea of Biden on the trail with them, but Trump led the GOP through elections that lost the party the House, the Senate and, yes, the presidency – with Biden at the top of the ticket that time.

The president framed the November choice as "to move forward or to move backward." Both Biden and Trump, though, are finding it useful if not necessary to focus on the recent past.

The RUNDOWN with Averi Harper

As Biden ramps up midterm messaging emphasizing the threat to democracy and calling out so-called "MAGA republicans," the GOP is pushing a message of its own.

"It's clear to me and clear to you is that Washington and the White House aren't listening," said Minority Leader Kevin McCarthy during remarks in Scranton, Pennsylvania. McCarthy, borrowing terminology from Biden, later added, "Joe Biden has launched an assault on the soul of America." 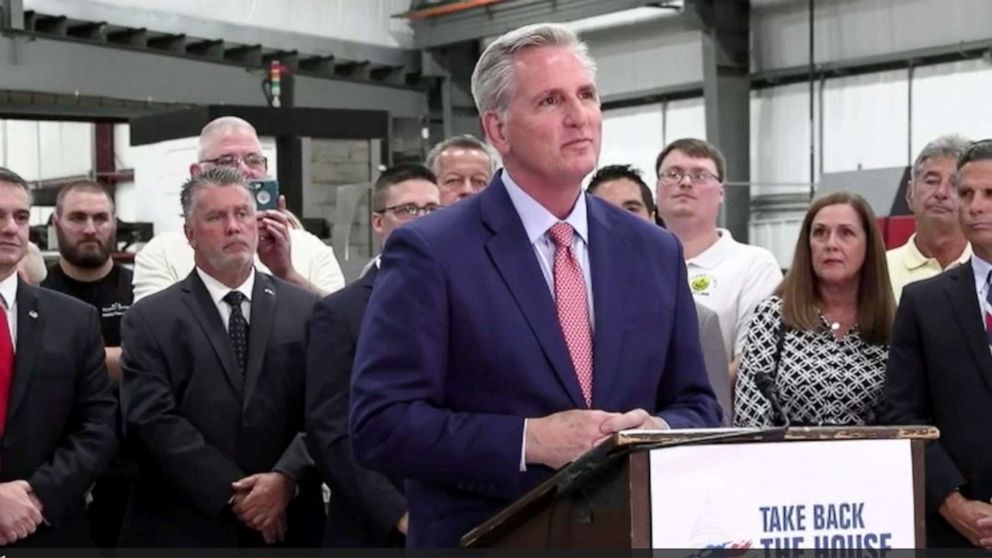 His ambition to be speaker of the house rides on the GOP's ability to deliver a "red wave" of Republican victories on Election Day. Republican efforts to take control of both the house and the senate are arguably on shaky ground.

Senate minority leader Mitch McConnell's recent comment that candidate quality would determine who will take control of the senate has been interpreted as a jab at Republican candidates and an attempt to temper expectations heading into November. Sen. Rick Scott, R-Fla., who heads up the GOP's senate campaign committee, spoke out about it.

All the while, former President Trump's continued focus on 2020 election lies and justification of January 6 still loom over the party. Trump told conservative radio host Wendy Bell he would issue pardons and apologies to those charged in connection to the attack at the Capitol. He even said he is boosting some of those charged financially.

The TIP with Hannah Demissie

Could a different method of voting be on the rise?

Following the first test of rank-choice voting in Alaska's special House election, where we saw Democrat Mary Peltola come out victorious against former Gov. Sarah Palin and Nick Begich, politicians spoke out on the state's new system of voting.

Kinzinger's remarks align with those who support rank-choice voting, hoping it could lead to less polarizing elections and push candidates to reach beyond their base voters. 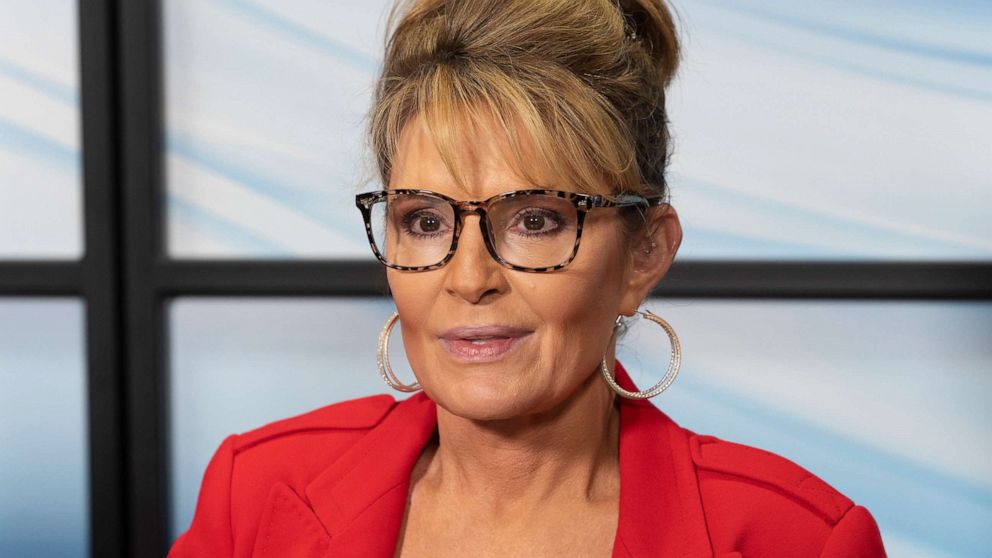 Ranked voting works like this: If a candidate in the general election wins more than 50% of first-choice votes, they win the race outright. Otherwise, the candidate with the least amount of first-place votes is eliminated and that candidate's voters instead have their ballots redistributed to their second choice.

Once all the ballots were counted in the race, Begich was the candidate with the least amount of first-choice votes and was eliminated. Those who voted for Begich had their votes redistributed to their second-ranked candidate, which saw Peltola come out on top.

Peltola will only serve the remainder of the late Rep. Don Young's term, which ends in January. She is on the ballot again in November -- along with Palin and Begich to try and win a full two-year term which would begin next year. The state will use rank-choice voting for that election as well. Despite losing to Peltola, Begich and Palin have made it clear that they intend to stay on the ballot for November.

"Though we're disappointed in this outcome, Alaskans know I'm the last one who'll ever retreat," Palin said in a statement following her loss. "Instead, I'm going to reload. With optimism that Alaskans learn from this voting system mistake and correct it in the next election, let's work even harder to send an America First conservative to Washington in November."

NUMBER OF THE DAY, powered by FiveThirtyEight

18. That's the number of percentage points by which Democrats have outperformed the partisan lean of Alaska's at-large district in its special election. On average, Democrats have now overperformed by 11 points in the five special elections held since the Supreme Court overturned the constitutional right to abortion in late June. But as FiveThirtyEight's Nathaniel Rakich writes, Alaska's special election was a weird one — it used ranked-choice voting, which most states don't do, and Republicans' top candidate, former Gov. Sarah Palin, was flawed. Read more from Nathaniel on what Democrats' win in Alaska does — and doesn't — tell us about November.

WHAT YOU NEED TO KNOW THIS WEEKEND

Download the ABC News app and select "The Note" as an item of interest to receive the day's sharpest political analysis.

The Note is a daily ABC News feature that highlights the day's top stories in politics. Please check back next week after Labor Day for the latest.

Karabell's 10 fantasy baseball things to watch for in 2021

News Guides Here’s where you can...